Both a "glance" and an app are available on Apples new smart-watch.

P-Edge media has made the well-known iOS app Weerbericht Nederland compatible with Apple Watch. The new app offers both a "glance" and an app containing the current weather, expectations, precipitation radar and current warning level for the selected province.

After a short testing phase which started with version 4.0, version 4.1 is now available as the first official Apple Watch release. 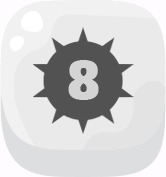 The most important parts of the Weerbericht app are now visible on Apple Watch, without the user having to take the iPhone out of the pocket. A province is selected in the settings so that specific weather information can be shown on the watch.

Notification for weather warnings and -alarms will also be shown on the watch, if the user likes that.

The default Weather app on Apple Watch shows data which is fetched from international weather services. The Weerbericht Nederland app gets its data and predictions directly from the KNMI in the Netherlands.

The KNMI also gives official weather warnings and alarms for the Netherlands. The Weerbericht app is one of few apps that sends a push notification when a weather warning or -alarm is currently present.

Free update for all users

The new version of the app is now available on the App Store and is optimised for iPad, iPhone and Apple Watch.

Current users will get the update for free and can install it immediately on Apple Watch using the Apple Watch app on the iPhone.